QUEEN’S PARK – Doug Ford’s Conservatives have made well over $5.6 billion in pre-election expenses in the month of March alone according to a list compiled from government news releases by the Ontario Liberals.

“Everyone knows the real Doug Ford is a cutter, not an investor. It is going to take more than billions of dollars in cynical pre-election announcements for voters to forget the cuts Doug Ford’s Conservatives made during the full four years of their government,” Ontario Liberal Leader Steven Del Duca said.

In 2019, the Doug Ford Conservatives pledged to “end March madness spending” in an attempt to stop government ministries from using the remainder of their budgets before the end of the fiscal year. Now, with a provincial election right around the corner, Doug Ford is spending at an unprecedented pace to try to undo the damage and hardship his pre-pandemic cuts caused Ontarians. 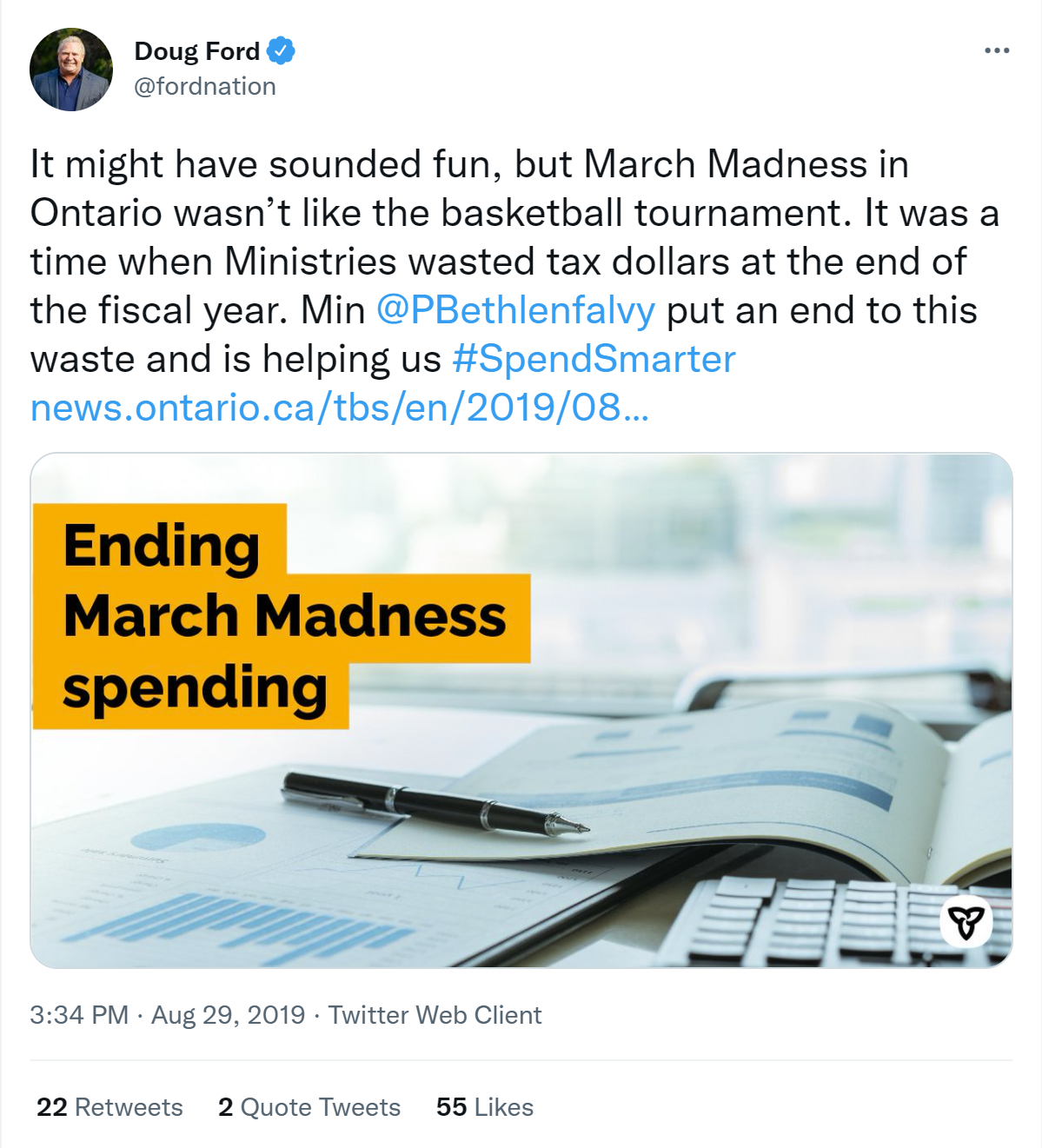 The over $5.6 billion in government announcements span only the month of March 2022. The total does not include other recent multi-billion announcements such as licence plate stickers, the long-term transportation announcement, and aid for battery manufacturers.

“Ontarians are tired of the Ford Conservative’s cut first, spend later approach to every problem. It is time for a government with a real plan, for a change,” Del Duca added.

QUEEN’S PARK – John Fraser, MPP for Ottawa South and Interim Leader of the Ontario Liberal Party, has released the…

Ford Moves to Subvert our Democracy with Bill 39: MPP Blais

QUEEN’S PARK – Stephen Blais, MPP for Orléans and Ontario Liberal Critic for Municipal Affairs and Housing, has released the…