MISSISSAUGA – In 2018, Doug Ford stood in front of a gas station and promised to reduce gas prices by 10 cents per litre. He broke that promise.

At the same time, Doug Ford warned that gas prices would skyrocket to $2 per litre if he didn’t win. Despite those promises, the Ford Conservatives did nothing over the past 18 months as gas prices doubled, eventually climbing over $2 per litre. Just days before the election was called, Ford finally acted, but made families pay more until the election was over. 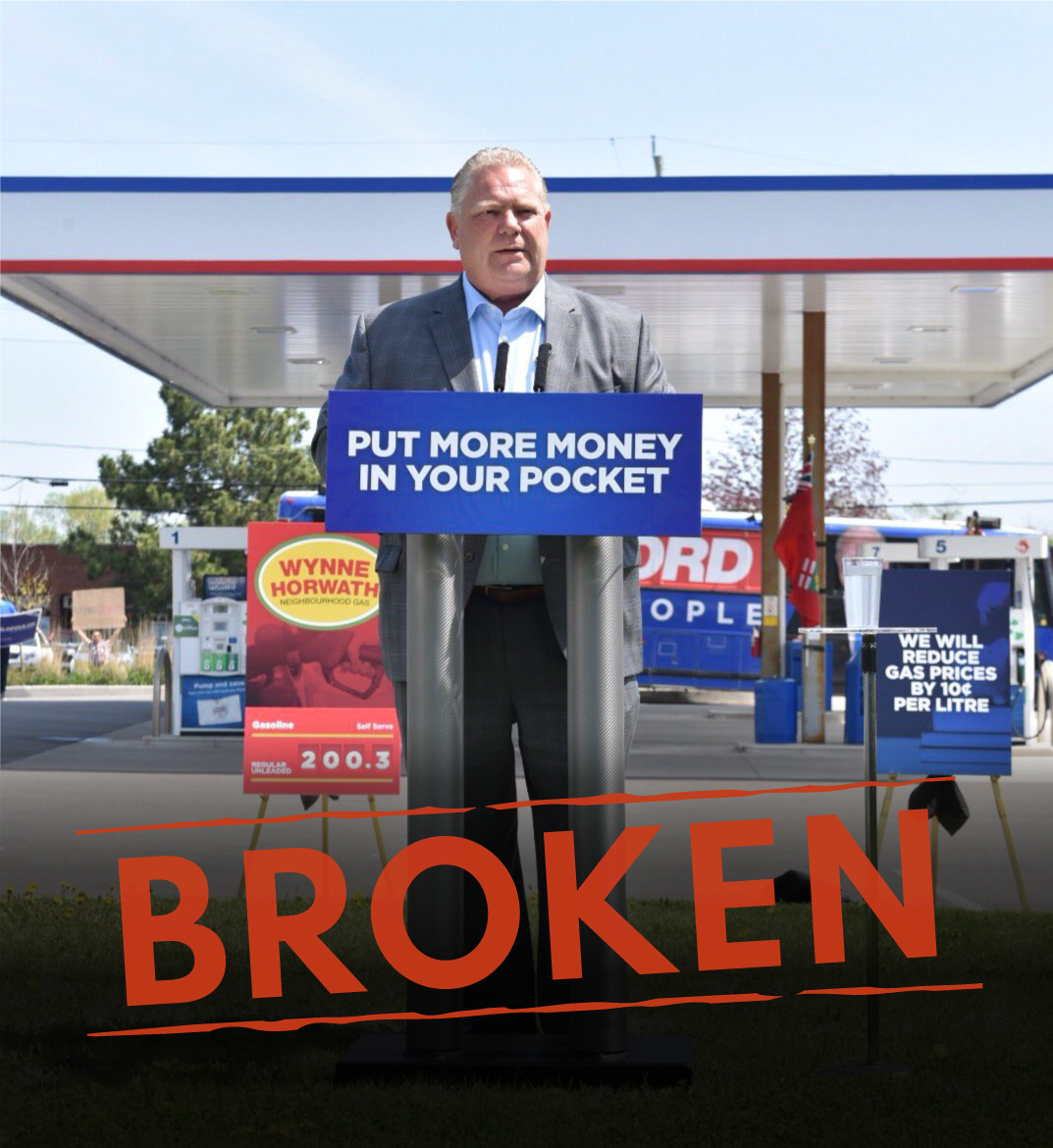 “Doug Ford did nothing as gas prices rose week after week and waited until just before the election because he cared about his job more than your own. Doug Ford claiming he was “for the people” was the biggest lie told in the last election,” said Del Duca. “Families need urgent action to get this affordability crisis under control. Ontario Liberals have a 19-point Affordability Pledge that can save the typical family $50 every workday – or more – with savings on food, transit, child care and at the pumps.”

The 18th point of the 19-point Ontario Liberal Affordability Pledge cuts gas tax by 5.7 cents per litre and the fuel tax by 5.3 cents per litre for a period of six months beginning July 1st.

Andrea Horwath’s NDP latest platform includes collecting $600 million in additional gas taxes in 2022. In order to do this, they would recall the Legislature to introduce new legislation to raise the currently legislated gas tax as one of their first acts.

QUEEN’S PARK – John Fraser, MPP for Ottawa South and Interim Leader of the Ontario Liberal Party, has released the…

Ford Moves to Subvert our Democracy with Bill 39: MPP Blais

QUEEN’S PARK – Stephen Blais, MPP for Orléans and Ontario Liberal Critic for Municipal Affairs and Housing, has released the…