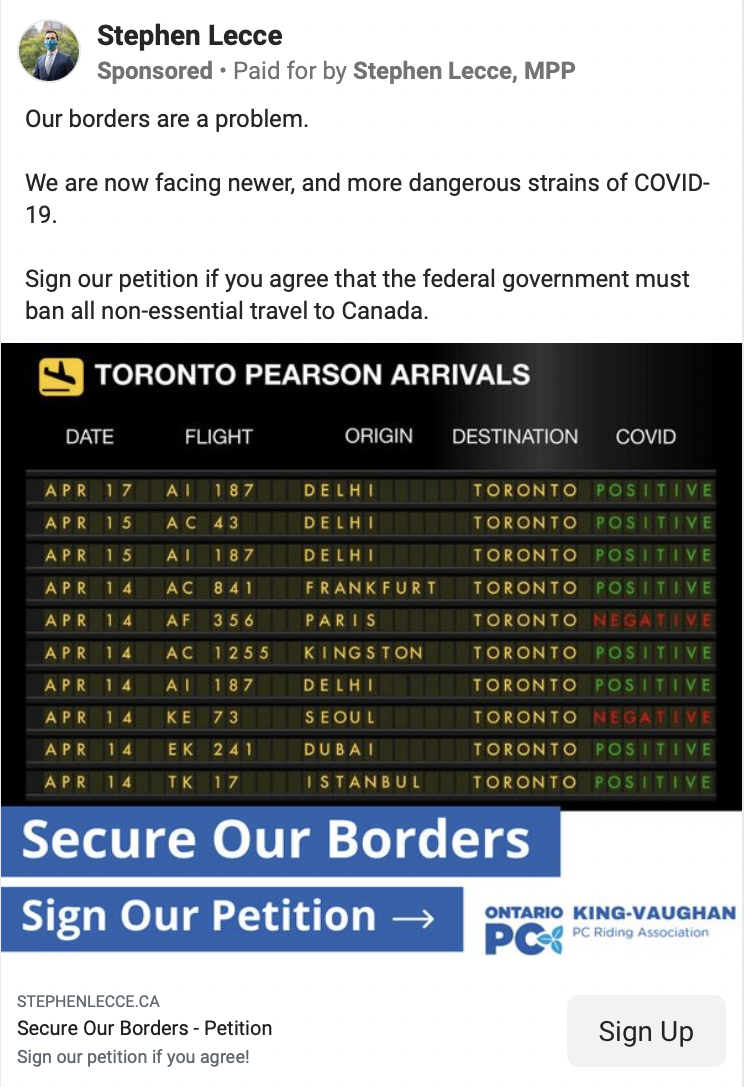 TORONTO – May 4, 2021 – Shocking new media reports reveal that Ontario Conservatives are planning a desperate Trump-style advertising blitz, stoking fear of newcomers to Canada. It’s really no surprise that Doug Ford is once again tapping into the cynical Conservative political playbook of sowing division and attempting to pit one group of Ontarians against others.

We have seen this movie before. Whether it’s insider deals for known bigot Charles McVety, labeling internationally trained Ontarians as “foreign workers”, talking about setting up a “barbaric cultural practices” snitch line, or drumming up unfounded anxiety about refugees, Conservatives always turn to fear and division when the going gets tough.

Ontario needs a Leader like Steven Del Duca that can unite our province and grow our economy. With exactly one year to go until the official start of the next provincial election campaign, Ontario Liberals are fighting for all of us and stand against politics that seek to divide us.

Care for Every Child in Ontario

The past year has been especially hard on parents in Ontario – especially moms. Parents and caregivers across Ontario have…